As forecasted in Thursday morning’s bracketology, Thursday was moving day. There were a handful of conference tournament upsets, and a few teams strengthened their spots on the bubble. A few teams also moved out of the field.

There is still a lot to play out before selection Sunday, but we’re getting closer. Here’s the field as it stands now.

(NOTE: CONFERENCE CHAMPIONS HAVE THEIR CONFERENCE IN PARENTHESIS. TEAMS THAT HAVE ALREADY WON CONFERENCE TOURNAMENTS ARE LISTED IN ALL CAPS.) 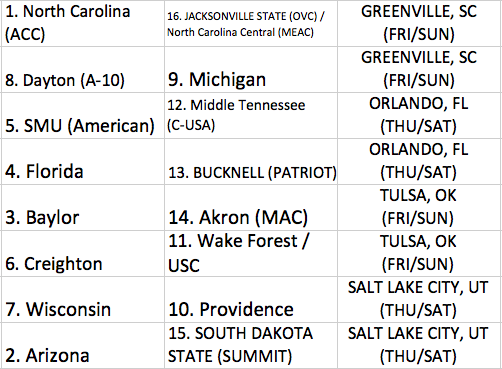 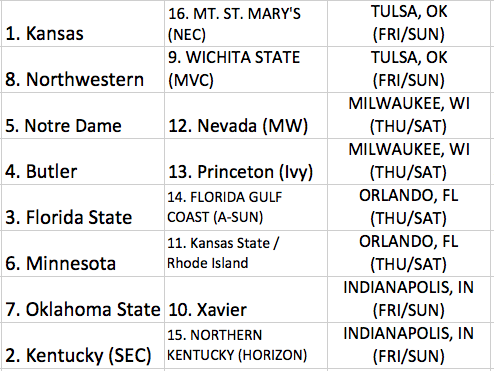 California is just on the outside looking in. The Golden Bears will need to beat Oregon on Friday and hope for losses from the likes of Rhode Island and Kansas State.

Illinois State’s chances are fading, and they can’t do anything about it. The last thing the Selection Committee will remember about the Redbirds is their ugly 20-point loss against Wichita State in the MVC title game.

Indiana still has an outside chance at stealing a bid, thanks to a win over Iowa Thursday. The Hoosiers face Wisconsin Friday, which will be a must-win for them if they want to get a bid.

NCAA IS A TRADEMARK OF THE NATIONAL COLLEGIATE ATHLETIC ASSOCIATION. THE IMAGE USED IN THIS POST IS COURTESY OF WIKIMEDIA COMMONS.