And that came just two nights after this:

Our choice for #GameOfTheNight last night. Miami stunning 9th ranked North Carolina in their house with a buzzer beater pic.twitter.com/i3czrBJJEq

The madness is officially upon us. Conference tournaments are underway across the world of college basketball, while other teams gear up for the final weekend of the regular season. This is where the field stands right now, based on what has happened, not what could happen over the next nine days leading up to Selection Sunday.

Conference champions are listed in ALL CAPS. NCAA Selection Committee bracket principles are used, including the new Quadrant System. In this iteration of the bracket, winners of the South and West regionals would meet in the Final Four, and the winners of the Midwest and East would face off.

[CHECK IT OUT: Mid-major teams and players you need to get to know before the Big Dance] 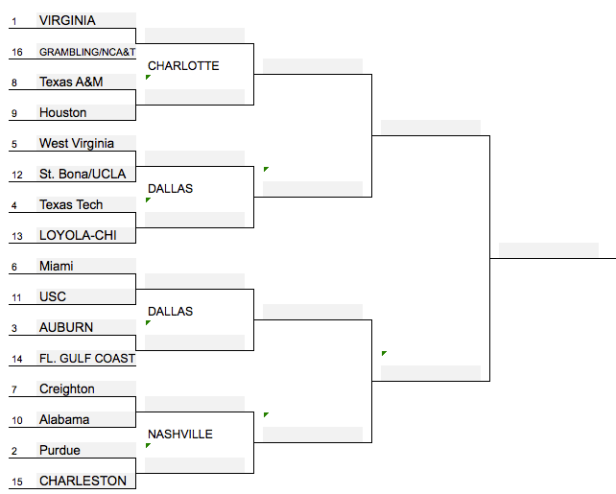 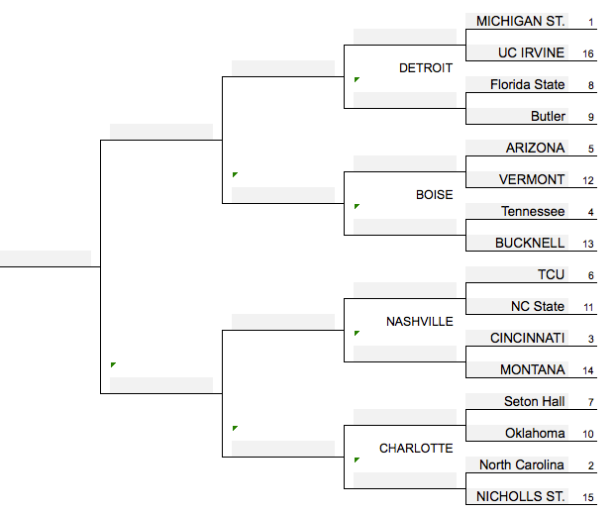 2 thoughts on “Bracketology: Time is running out on the bubble”