This wild roller coaster of a college basketball season is barreling towards the finish line. There are less than three weeks left until Selection Sunday and no ride has been wilder than Oklahoma’s.

The Sooners went from a trendy preseason pick maybe capable of making a little noise near the middle of the Big 12, to a top-10 team destined for March glory on the shoulders of an unheralded freshman, and now back to down to earth with the brutal reality of missing the tournament altogether remaining a possibility.

Trae Young has been, without a doubt, the most captivating player in the country this season. When he’s on, oh boy, is it fun to watch. But as we’ve seen over the last several weeks, when he’s struggling, the Sooners struggle mightily, as is evident with their current six-game losing streak.

For the better part of the season, Young wasn’t the be-all-end-all for Oklahoma’s success. He has a solid supporting cast around him. But lately, it hasn’t felt that way. Maybe it’s just the toll of a long season wearing on the team and they’re capable of getting out of the funk.

But maybe not. Young’s turnover crux and his indecision whether he wants to be a scorer or facilitator have really haunted the Sooners during this skid. A 30-point loss at Kansas Monday night in which he scored a season-low 11 points on a dismal 3-of-11 from the field, showed that Oklahoma is anything but a lock for the tourney. There’s time for Lon Kruger to get his troops in order, but the ice is growing ever thinner in Norman.

On the flip side of things, John Beilein’s Michigan Wolverines are trending the other way. Wining five of their last six, the Wolverines are slowly climbing back up the seed lines, and if they get hot — as they did at the end of last season — they are capable of earning a top five seed, and making some March noise along the way.

Michigan ranks in the top 40 in effective field goal percentage (a KenPom metric that gives more weight to made three-pointers) and in the top 20 in KP’s adjusted defensive efficiency. The Wolverines just held one of the country’s most efficient offenses to 62 points when they beat their rival Ohio State Buckeyes.

Michigan definitely has a lot to work on, as was evident in the team’s loss at Northwestern, but they are definitely headed in the right direction at the right time. Of course, any momentum could potentially be taken away by the long layoff between the end of the Big Ten Tournament and start of the NCAAs, with the conference tourney taking place at Madison Square Garden a week earlier than usual.

As for the rest of the country, there has been a good deal of shuffling since my last projected bracket. And surely there’s going to be more. But this is where the field stands as of now. As a reminder, these projections are based off what has happened so far this season, and not what might happen. NCAA Tournament Selection Committee bracket principles were used to create this bracket, — including the use of the newly implemented quadrant system. Conference champions are listed in ALL CAPS. 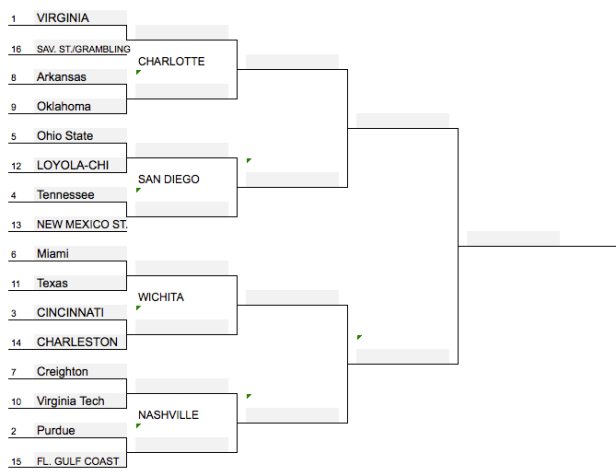 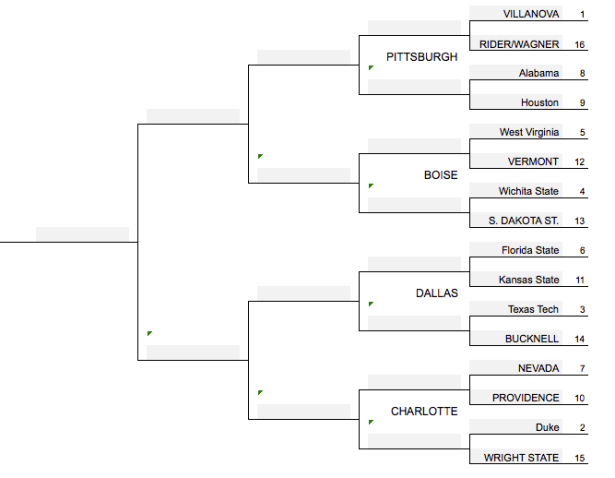 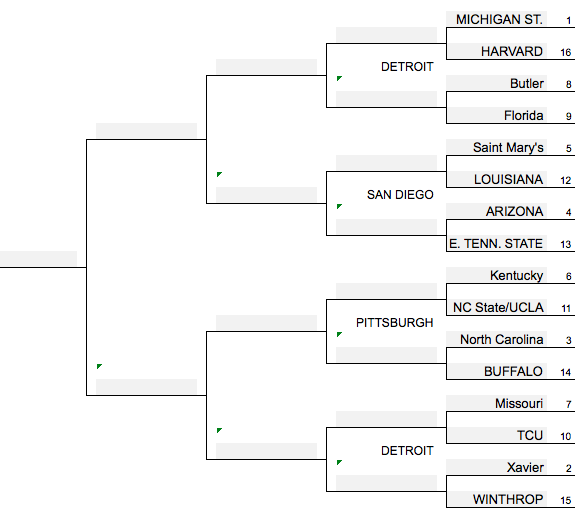