Last weekend’s Selection Committee Bracket Preview generated a lot of discussion surrounding the rapidly approaching NCAA Tournament, a lot of it criticism. The committee’s bracket overvalued and undervalued several teams in its top 16 after what was a wild weekend, which I talked about in my last bracket projection.

Well, we just had a relatively wild week as an encore to last weekend. Nine more ranked teams fell in the last four days, including four inside the top 10. Most notably, No. 3 Villanova, No. 4 Purdue and No. 5 Cincinnati all took hits in their bids for a No. 1 seed.

Here’s a look at my updated bracket projections following this week’s action. As a reminder, these projections are based off what has happened so far this season, not based on what could happen. Conference champions are listed in ALL CAPS. In this version of the bracket, the winner of the South Regional and the winner of the West Regional would meet in the Final Four, while the East and Midwest Regional champions would square off in San Antonio.

As always, the Selection Committee’s bracket principles were closely followed in making this bracket. 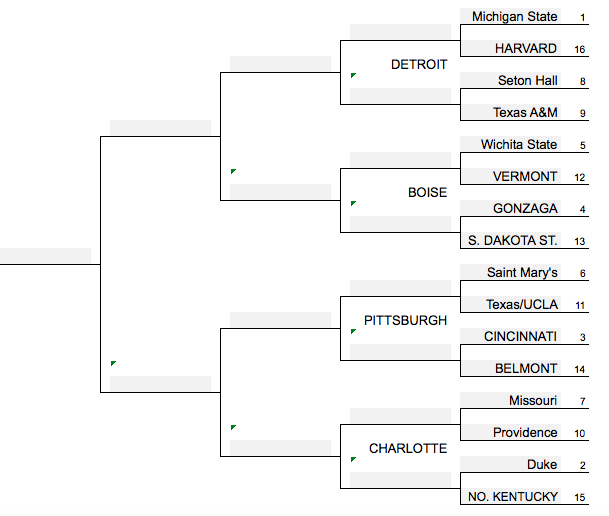 Insane pass by Jordan McLaughlin in crunch time that leads to a Chimezie Metu game-winning layup with 0.6 seconds left over Oregon. Huge victory for USC. pic.twitter.com/w4z6xcNtcI

One thought on “Bracketology: Crazy week brings movement near the top”